Well known for his podcast, Radical, Shane Hazel is a 2020 Senate candidate, family man, and former Marine. Hazel believes an executive role in government should focus on protecting the natural rights of individuals. His priorities lie in decentralization of government power, nullification of unconstitutional legislation and edicts, and protection of medical freedom for all citizens. By reducing government intrusion, Hazel hopes to return some of the freedoms he fought for, back into the hands of citizens.

“I believe that peaceful people should be left alone,” Hazel says. “I will see this through, if it means going through hell to do so.” 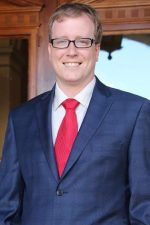 As Lieutenant Governor, Ryan Graham would increase the choices available to Georgians. Choices for parents, between schools and educational options for every child. Choices for communities, in how they are policed, and whether their members should be in prison. More choices of healthcare providers, and the treatments that are right for you and your family. Choices of the companies that serve you best, not a few hand-picked by the powerful. If elected, he will pull back the broken systems that trap Georgia’s most vulnerable in incarceration, unemployment, and homelessness. As an IT professional, activist, and Dad, he’s invested in Georgia’s future and breaking the shackles that hold Georgians back.

His campaign slogan, “Strike the Root,” reflects his belief that it’s better to go after root causes of our social problems, rather than patchwork “solutions” with their unintended consequences and bureaucratic waste. “State government simply tries to put band-aids on problems,” Graham says, “many of which it created in the first place.” 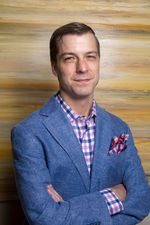 Chase Oliver works in global logistics—he has seen firsthand the benefits of peaceful trade. He advocates for “free markets, free minds, and free people,” to bring more prosperity to Georgians. As Senator, Oliver would make criminal justice, immigration reform, and the use of diplomacy to end unnecessary warfare, his top priorities.

Georgia voters’ interests are too often sacrificed to special interest groups, which is why Oliver ran to challenge the too-similar, too-outdated, two-party system. “Every person has inherent worth and is entitled to liberty,” Oliver says. “Georgia deserves a Senator that remembers that.”