In this era of political polarization, when Americans seem to agree on absolutely nothing, let me reassure you. We overwhelmingly agree that cannabis should be legal.

3 in 5 Americans have (state) legal access, 1 in 2 have experimented with it, and more than 1 in 10 consume cannabis regularly. Southern California yuppies are publicly winning prizes for growing the same plant that landed Georgia teenagers in prison.

Half of states allow at least limited use, and a few attract elite cannabis tourism. Federally, the drug remains fiercely criminalized, despite irrefutable evidence of its medical value.

So what’s the hold-up?

Being in the anti-marijuana business is astonishingly lucrative for bureaucrats and campaign donors. Here are just a few of the heavy hitters addicted to federal prohibition:

The makers and distributors of America’s top-selling beers, wines, and liquors are already facing stiff competition from newly deregulated microbrewers and craft distilleries.

Cannabis legalization does reduce alcohol sales, and its regular use reduces alcoholism and alcohol-related deaths. Each year 37,000 deaths in the US are attributed to alcohol, compared to zero deaths from cannabis use, ever. Brewers and distillers are eager to point “public health and safety” attention in another direction.

The Boys in Blue:

Local law enforcement has become highly dependent on federal and state money devoted to the War on Drugs. Civil asset forfeiture – a legacy of the 1984 drug war omnibus crime bill – allows local police departments to keep 80 percent of property seized in suspected (not proven) drug activity. Local cops regularly auction off homes and cars connected with small marijuana sales, pocketing the proceeds without convicting anyone of any crime. Drug raids “were no longer just about putting on a good show and terrorizing the counterculture. Now the raids could generate revenue for all of the police agencies involved.” (Randy Balko, Rise Of The Warrior Cop). Property stolen from innocent Americans (the Washington Post found 80 percent of victims of asset forfeiture were never even charged) has paid for military-grade equipment and SWAT teams used in still-more-terrifying drug raids for profit.

Unprecedented mass incarceration plagues the conscience of the Land of the Free.

Prisons contract for an occupancy rate, charging taxpayers for unmet quotas. More Americans are arrested for marijuana annually than for all violent crimes combined. More Americans are in prison than ever before, and since 1985 at least half the increase is drug offenders alone.

Increasingly, lobbyists for drug testing centers and addiction treatment providers have sought to have marijuana dependence (for which there is limited medical evidence) perceived – and insured – as a medical condition. Compulsory and court-ordered treatment for this “addiction” is a reliable source of revenue for unscrupulous operators.

All smuggled goods and illegal sales share the same vulnerability to violence. Now, Budweiser and Coors might sue to resolve a contract dispute; in 1929, criminal rum runners settled scores with Molotov cocktails and Tommy guns. Violent deaths of police officers peaked during prohibition and fell rapidly after its repeal; the number of officers wouldn’t approach that level again until the year Nixon declared the War on Drugs.

The violence of black markets still unnecessarily mars American neighborhoods, and unprecedented mass incarceration plagues the conscience of the Land of the Free.

Pharmaceutical industry products are expensive, and many have life-altering side effects. Cannabis can be grown by the patient and has far fewer and less severe side effects.

Despite continued denials by the federal government that marijuana has any accepted medical uses, the government’s own researchers have patented a synthetic cannabinoid called Marinol. Patent No. 6,630,507 credits “The United States of America as represented by the Department of Health and Human Services” and lists federal researcher as “inventors” of “cannabinoids as antioxidants and neuroprotectants.” The patent reads “cannabinoids are found to have particular application as neuroprotectants, for example in limiting neurological damage following ischemic insults, such as stroke and trauma, or in the treatment of neurodegenerative diseases, such as Alzheimer’s disease, Parkinson’s disease and HIV dementia.” A dozen other derived chemicals are in development to treat nerve pain, memory loss, traumatic brain injury, arthritis, hypertension, and obesity.

Since this patent was granted in 1999, The Drug Enforcement Administration has twice renewed its stance that cannabis has “no currently accepted medical use.”

Marijuana prohibition is a $20 Billion annual federal jobs project. Departments and agencies will not give up power or budgets voluntarily. The DEA seized $27 Billion in assets in 2014 through its cannabis enforcement program, in excess of its $3 Billion annual budget. 10,000 DEA employees, 63,000 Federal Prison System employees, border guards, and thousands more “interagency” positions funded by the expansive, failed War on Drugs don’t want to see their budget downsized or authority curtailed.

Similarly, the CIA, NSA, State Department, and Department of Defense also rely heavily on public acceptance of the War on Drugs as a pretense for overriding national sovereignty around the world. In their bullying of Latin American leaders and control of opiate fields in the Levant, drug suppression money is often both carrot and stick.

Doing battle against big government and corporate cronies like the criminals above is more satisfying than punching Nazis and more practical than protesting. The American people are fed up with prohibition and the failed War on Drugs.

Ending prohibition has something for everyone:

What can possibly unite an impossibly divided America? A serious push to end prohibition.

This article by Dr. Laura Williams, now Vice Chair of LPGeorgia, was originally published on FEE.org in December 2017.  Read the original article. 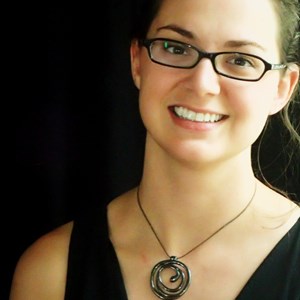 This article was originally published on FEE.org. Read the original article.