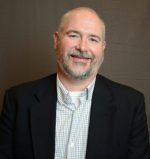 Dr. McKinney is an emergency room physician, an expert working in fast-paced, heavily regulated environments. He intends to use that experience to tackle the complex, technical issues surrounding energy policy in Georgia, via the Public Service Commission. By running for this office, Colin McKinney plans to make the ratepayer his primary focus. “I will advocate for the best interest of the consumer, who are otherwise powerless against state-protected monopolies,” he says.

A dedicated Libertarian, McKinney will use this role to advocate for free-market solutions. “If I had my way, the Public Service Commission would not be necessary at all. I’d love to see the Georgia energy market repaired to the point where free-market competition incentivizes players to act in the best interests of their consumers, which would mean there’s not much need for regulation.”

Business owner and mother of eight, Angela Pence, knows the challenges that come from government interference in private affairs. As congressional representative, she would make removing the government from healthcare, education, and the economy a priority. She intends to fight relentlessly to ensure that all citizens reserve the right to make their own medical decisions, free of government mandates and coercion. Believing that education should be a partnership between parents and schools, she would advocate for true education reform with a goal of removing the federal government from the public education system.

Pence would overhaul the broken criminal justice system, ending the wasteful expenditure of resources on victimless crimes. “I believe that every person in this country has the ability to make the best decisions for themselves and their families without force from the government,” she says. “Freedom and justice for all means everyone!”