There are relatively few issues that are the source of controversy among libertarians. At least until recent years, when a certain segment of individuals who consider themselves libertarians became suddenly astonished to learn that libertarians are welcoming to all individuals. Unfortunately, the culture wars that have become so prevalent in our politics today have found their way into the libertarian movement.

Among the issues that have long been a source of controversy amongst libertarians is immigration. Immigration restrictionists, usually influenced by zero-population growth organizations that have infected the public policy debate, don’t really have an answer to these problems. Congress has tried social engineering through the tax code via the earned income tax credit and child tax credit, but the birth rate has still collapsed.

To many libertarians, immigration shouldn’t be a controversial issue. After all, the free flow of labor is a fundamental economic issue. There is also an inherent right to migrate. Some libertarians, of course, will quote Nobel laureate Milton Friedman, who once said, “It’s just obvious you can’t have free immigration and a welfare state.” Others will take more nativist and nationalistic views that are, frankly, not libertarian in nature and have paleoconservative undertones.

Ludwig von Mises was even more direct about immigration. In The Freedom to Move, Mises wrote, “Without the reestablishment of freedom of migration throughout the world, there can be no lasting peace.” Writing in Liberalism, Mises actually decried “chauvinistic nationalism” and wrote, “As long as nations cling to protective tariffs, immigration barriers, compulsory education, interventionism, and statism, new conflicts capable of breaking out at any time into open warfare will continually arise to plague mankind.”

From a public safety standpoint, contrary to what conservative politicians and pundits would have us believe, the immigrant population is less likely to commit crimes than native-born citizens. There is little question about this fact. The reason for this is fairly evident. An immigrant, legal or undocumented, who commits crime is more likely to be deported. When it comes to the debate over refugees, the data do not support conclusions that we can expect widespread incidents of terrorism. Some may be surprised, but recent terrorist attacks have come at the hands of domestic terrorists, including those with racial motivations.

Looking at immigration through an economic lens, studies generally show that there is an overwhelming net public benefit to immigration. For example, a 2006 study from the University of North Carolina found that the state’s Hispanic population, including legal and undocumented immigrants, contributed $9 billion to the state’s economy. Net costs were $102 per person.

Pundits scoff at the projections of 1 percent to 2 percent increases in annual economic growth. Certainly, so many factors come into play in those projections. Deficits, when large enough, can crowd out private investment and hurt any economy. Large levels of debt have an adverse impact on economic growth. 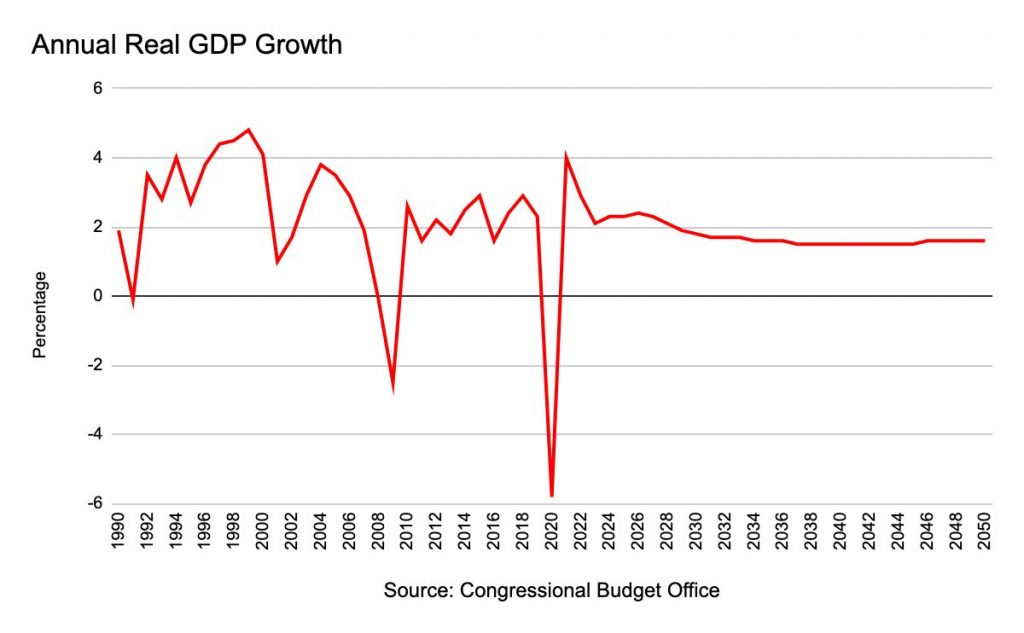 At the end of the day, production drives economic growth. The question is, what happens when we don’t have enough workers to produce at a level to sustain economic growth to which the United States has traditionally been accustomed?

According to the Congressional Budget Office, immigration will be the primary source of population growth by 2044. Those projections are based on the trends and assumptions that those trends will remain largely unchanged. 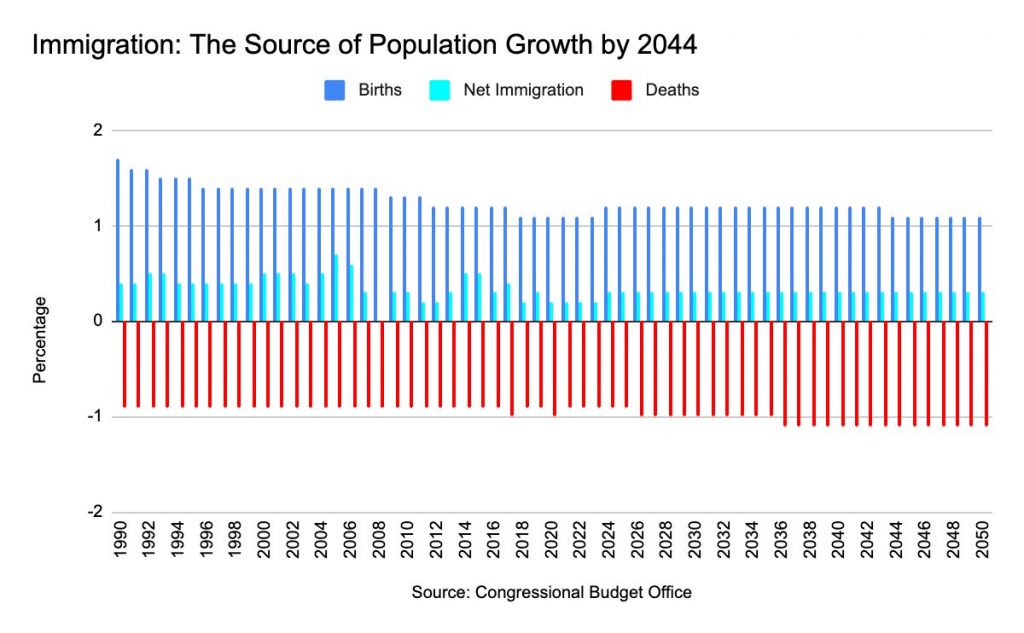 Fewer available workers means that there are fewer workers to contribute to social welfare programs like Social Security and Medicare Part A, which translates to larger budget deficits and debt levels never before seen in the United States. 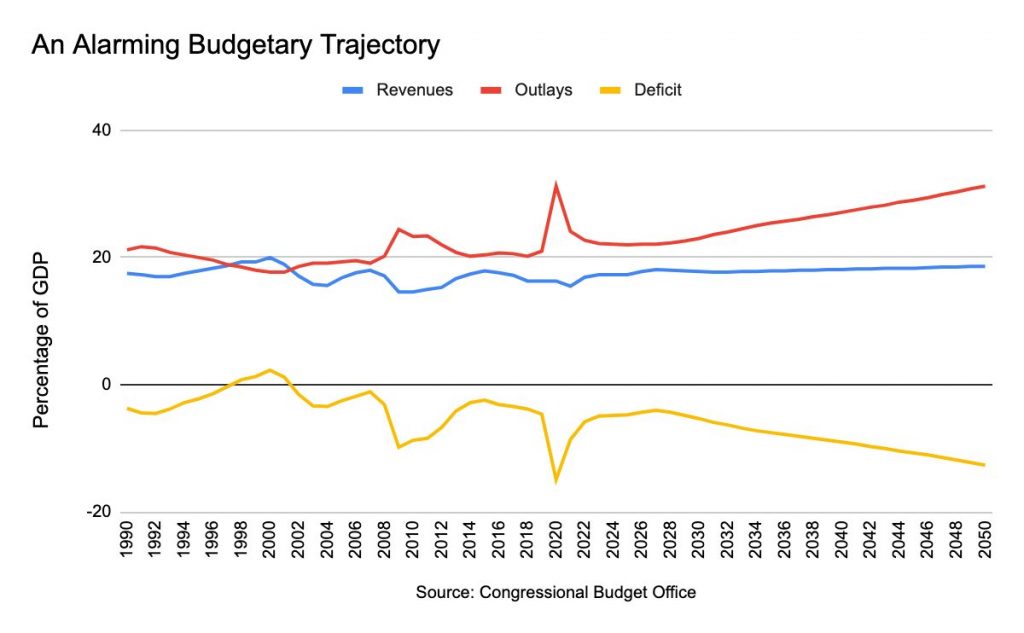 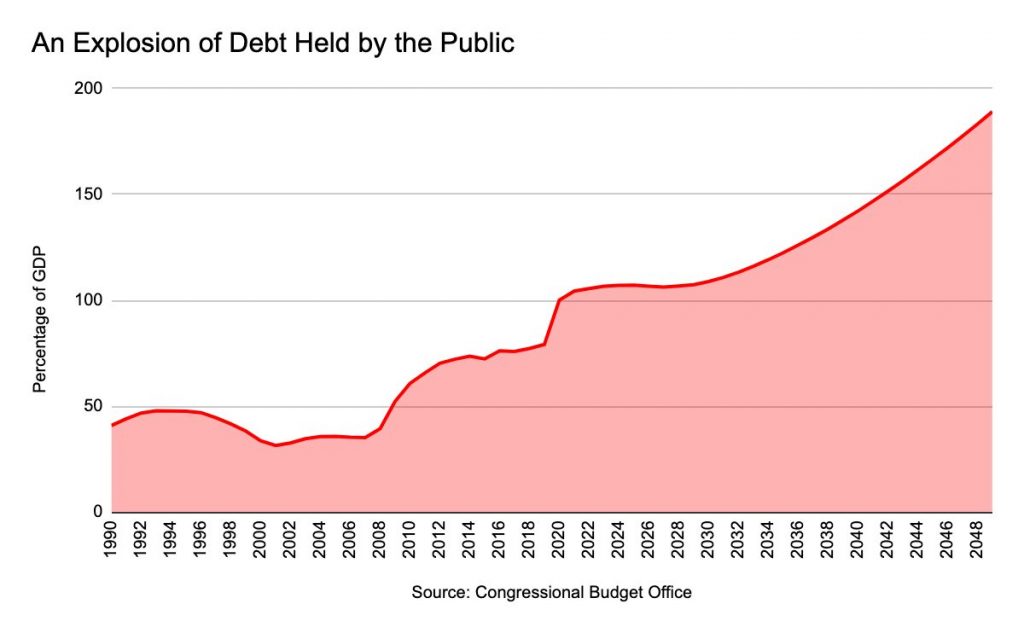 Immigration isn’t a cure-all for the economic problems that the United States faces. For example, spending restraint through enforceable mechanisms is a real necessity. But higher levels of immigration would mitigate at least some of the impact.

Regardless of the economic impact, there is the underlying issue of freedom that some who claim to be libertarians can’t quite seem to understand when it comes to immigration. Free markets do not have a geographical or geopolitical boundary. It’s really that simple. People have a right to seek a better life for themselves. Some would call this “globalism” or “neoliberalism,” but only the weak mind clinging to cultural identity would resort to such pejoratives in an attempt to undermine a basic human freedom like the freedom to migrate.