The Drug Enforcement Administration (DEA) claims cannabis is as dangerous as heroin, both Schedule I drugs with “no currently accepted medical use and a high potential for abuse.”

That doesn’t describe cannabis. In truth, multiple studies show cannabis is far safer than alcohol, and has never been linked to an overdose death. Cannabis does not belong on the DEA’s list of controlled substances.

Cannabis prohibition has been far more devastating to individuals and communities than cannabis use.

All criminal penalties for selling, growing, or possessing cannabis should be ended immediately.

The Libertarian Party has endorsed an end to all drug laws since 1972.

Fact sheet of pre-screened sources for your discussions and advocacy. 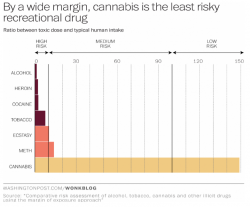 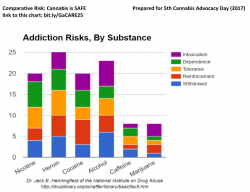