The 2020 Libertarian Party of Georgia state convention will be on January 18 and 19 at the Douglasville Conference Center. Please stay tuned to this page for announcements as we firm up details.

* Children 16 and under do not require a ticket; All convention pricing includes a LP Georgia annual membership; Business session free and open to the public, but you must be a member of LP Georgia to vote

Expect updates to this list as we get closer and closer to the convention! We will be updating here as confirmations roll in. 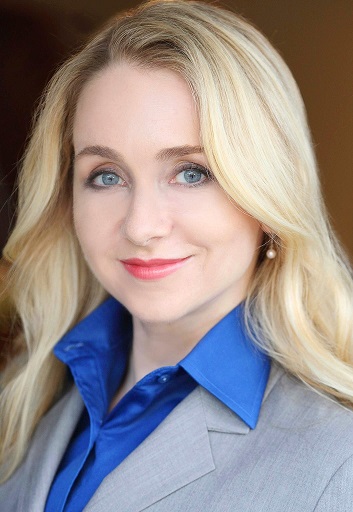 Georgia lawyer Catherine Bernard defends the wrongfully accused and other victims of government overreach throughout the state, with a particular focus on jury trials for individuals charged with victimless crimes. As a public advocate, she has led justice reform efforts at the state and local level, including the defeat of no-knock search warrant legalization and city debt expansion.  She was elected as a delegate to the 2012 Republican National Convention, where she voted for presidential candidate Ron Paul. She graduated from Emory University with degrees in philosophy and political science, and from the University of Virginia School of Law. In 2019, she was selected as a Georgia Legal Trailblazer by the Daily Report.

Ballot Access is one of the major goals of the Libertarian Party of Georgia. In order effectively spread the message of liberty, we need to be able to get our candidates onto the ballot. Here in Georgia, we face some of the toughest ballot access laws in the nation.

Communicating Liberty
Libertarians often receive criticism for being too extreme as well as too moderate in our messaging. These libertarians are on the front lines of communicating liberty to the masses. Find out what strategies they think are the most effective.
Alternatives To State Run Education
Georgia is making great strides in the School Choice, and there are plenty of alternative ideas to state run education. This panel is all about how to enable school choice, and what alternative education choices are available.
Second Chance for Georgia

The Libertarian Party of Georgia nominates candidates for public office at the state level via convention. Delegates at the 2020 Annual Convention will be selecting each candidate besides President and Vice President who will appear on ballots all across Georgia. Per Libertarian Party of Georgia, None of the Above will also be a choice on each and every nomination ballot.

* If you’re a candidate and you feel you should be included on this list, please email [email protected] You must have a website to be linked to and have filed the appropriate paperwork to be considered a candidate by the state of Georgia.